I like clever and imaginative videos....this one got me..and the song's not bad either

Another farm under threat

The UBC Farm is the last working farm in Vancouver. The farm provides fertile ground for a wide mix of learning, research, and and community projects for learners of all ages. The farm is currently embarking on a new project entitled, "Changing the Food System to Change the Climate."
If you haven't had the chance to vote for the farm in the Tyee's Green your Campbell Cash competition, now is the time!

There are just 3 days left to vote (voting closes on July 25th). Especially with the tone of the op-ed piece that UBC published in the Vancouver Sun this Tuesday, it is absolutely vital that we send them a clear signal that this place really matters to people.

Please click on the link below to give the farm your five stars!http://contest.thetyee.ca/greenyourcampbellcash/node/299

Or vote for the one on Qzine.blogspot.com
Posted by Lou at 5:38 p.m. No comments: 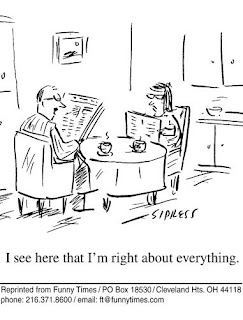 I Know, I Know. Hard To Believe

According to this story from the CBC, crime is down again in Canada. Down seven percent, in fact (based on StatsCan data).

Check that--FEWER violent offences. Overall crime rate has been declining since 1991, number of robberies with a firearm down 12% since last year, and a long-term downward trend since the mid-1970s. Hell, even youth crime--which rose slightly last year--dropped, with non-violent offences falling and violent crime remaining stable.
But none of this promotes "fear and consumption" (to quote Marilyn Manson--not something I do often). It even indicates that maybe our much maligned court system isn't doing so badly. This also corresponds with more women on police forces, more targeted policing (rather than more fascist police-state tactics), and the rise of bike cops. Fewer choppers, more bike cops! No flak jackets and sunglasses, more bike shorts! A mock-able cop is a cop who has to learn to get respect from the quality of their work, not the intimidation factor of their clothes.
The StatsCan report is here.
Posted by Bernie at 9:38 a.m. 1 comment:

I don't know where the hell Matt is...or who the hell Matt is, but he's probably done more to promtote world peace in 4:24 than George Bush has in eight years.
Check this out.

When the Bush administration and Congress required gasoline refiners to blend in 15 billion gallons of corn-based ethanol by 2015, they made the impossibly rosy assumption that American farmers would always enjoy good weather. But as every farmer knows, years with perfect growing conditions are uncommon and getting more rare.

In early April, Environmental Working Group Founder Ken Cook warned that the government’s food policy amounted to “hope for good weather.” However, hope is not a policy. And it now seems likely that some of the worst weather since the historic 1993 floods will mar the 2008 growing season. With the potential for widespread corn production loss due to this spring’s prolonged cold, heavy rains and flooding in the Corn Belt, and with crop and food prices soaring to new records almost every week, the disastrous cost of Washington’s lack of commonsense is apparent.

Most experts agree that the corn ethanol mandate plays a key role in higher corn and soybean prices and inflated U.S. and global food prices. The Washington ethanol mandate to convert food to fuel, a key provision of the 2005 and 2007 federal energy bills, put the full weight of U.S. policy behind the corn ethanol boom. Add to the equation the extreme weather already inflicted on the Corn Belt, and the likelihood of summer heat and a fall freeze, and an even sharper food and fuel price spiral seems inevitable.

Congress has only one recourse: re-open the debate on the ethanol mandate.
This week, Ron Litterer, president of the National Corn Growers Association (NCGA) has suggested his organization might support changes in the ethanol mandate if supply shortages cause “severe economic impact.”
Posted by Lou at 8:45 p.m. 1 comment: