Good ad. Read the story in The Guardian Online.

The Thermohaline and the Bay of Bengal Island

The BBC reports (here and here) that research published in the journal Geophysical Research Letters has found no apparent long term slowing of the Gulf Stream. This may be one major dodged bullet; the Gulf Stream is essential to bringing heat north from the tropics and keeping Europe 4 - 6ᵒC warmer than it would otherwise be. The Gulf Stream is part of the Atlantic Meridional Overturning Circulation which itself is part of the global thermohaline system of currents. 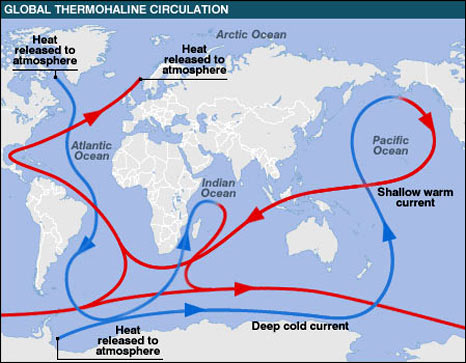 On the other hand, and across Africa, the island known as New Moore Island to the Indians and South Talpatti Island to the Bangladeshis has now become nothing more than a hazard to navigation. The island itself has slipped beneath the waves of a rising ocean. The School of Oceanographic Studies (Calcutta) says that satellite imagery shows that the entire island is under water. So on the plus side of the global climate chaos ledger, rising sea levels have removed one source of international friction.
Posted by Bernie at 10:02 a.m. No comments:

Tiger and the decline of Canadian Journalism

Okay, someone explain this one to me.

Then we are presented with a parade of experts (mostly other news media staffers -- remember when news reporters used to interview people other than themselves?) who pronounced that American had seen fit to forgive Tiger for his past indiscretions -- which then had to be detailed in case anyone in the country hadn't already heard them ad nausem, which is obviously redundant given that Canadians have to all know this story or why would any of us supposedly be interested enough in it for it to be the lead story? But having established once again that Tiger has been a bad boy, we get to hear that American has forgiven him.

Two things wrong here. First, since when is it up to America to forgive Tiger? Isn't that like his wife's prerogative? Come to that, what does any of his private life have to do with anyone? If it wasn't affecting his golf game, why should any of us -- even actual golf fans -- poke their noses into his family business?

I personally do not feel a couple of months qualifies as the statute of limitations on being an ass, but then I never thought this was my business in the first place. But it is fascinating to see the power of some publicist somewhere to get this wealthy ass a clean slate after only a couple of other months. Clearly the interests of the corporations who had invested in Tiger advertising, and Tiger's own financial interests, out weigh the interests of well, actual natural news reporting.

That this item made the news, let alone positioning as the lead story, seriously undermines the credibility of our national news outlets. This is a more important story than, say, the economic implications of the Canadian dollar reaching par with the American dollar? Clearly this is yet another example of appealing to lowest celebrity scandal-sheet style reporting to raise ratings rather than responsible reporting. That the non-story of this non-event -- a more blatant PR managed newsfeed I cannot imagine -- appeared on our news at all reveals a complete abdication of journalistic responsibilities. Bloggers give more objective reporting and take PR handouts less blatantly than this. I am embarrassed for the stat of Canadian journalism.

The best we can hope for is that someone at CTV took a massive bribe, or thought to curry favor with the corporations that employ Tiger to advertise their products in hopes that some of those advertising dollars would come their way -- because if they were too stupid to figure out they were part of a managed PR exercise, then we are truly on our own....
Posted by Robert Runté at 4:44 p.m. No comments:

quote of the week

"Word has become this gargantuan labyrinth inhabited by a lot of
bewildered people who were hoping for one night in a cheap motel."

Donna McMahon, in reply to a lengthy online discussion on the difficulties of trying to figure out the intricacies of Word processing program:
Posted by Robert Runté at 9:03 p.m. No comments: